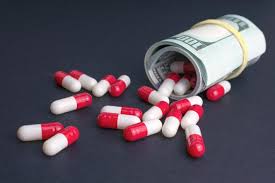 WASHINGTON—AARP Executive Vice President and Chief Advocacy and Engagement Officer Nancy LeaMond released the following statement in response to the patent protections for biologic drugs and other anti-competitive practices being dropped from the United States-Mexico-Canada Agreement (USMCA):

“AARP applauds Congress and the Administration for agreeing to remove provisions in the USMCA trade deal that would have let brand-name pharmaceutical companies keep generic drug competitors off the market longer, keeping drug prices high for Americans.

“Importantly, USMCA no longer includes a provision to provide at least 10 years of exclusivity for expensive biologic drugs. In addition, the agreement removes provisions that would have allowed drug companies to further engage in anti-competitive tactics that only serve to keep drug prices high. We also applaud the new USMCA provisions that encourage the development of lower priced generic drugs.

“There is no reason why the U.S. should continue to pay the highest drug prices in the world. Americans, along with our Canadian and Mexican neighbors, scored a noteworthy victory today against ‘big pharma’ that pushed hard to keep these provisions in the USMCA.”